Visit our new website at www.greenhousepeople.co.uk » Please note we are no longer able to accept orders through this website. 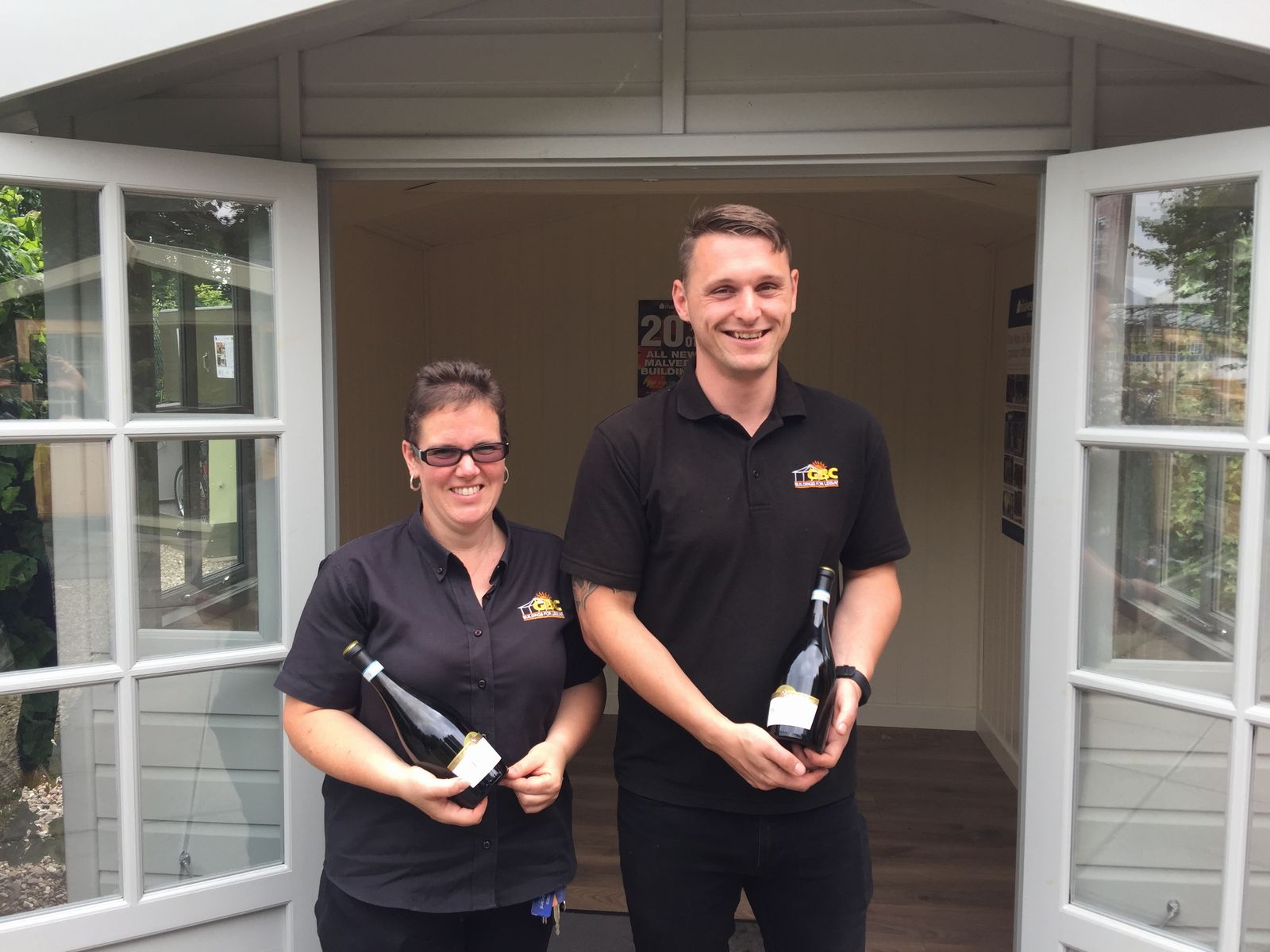 1997 - the year Dolly the sheep was cloned, the Labour party returned to government after 18 years of opposition, the first Harry Potter book was published, and the UK won the Eurovision song contest (I know - that one is hard to imagine these days!).

It was also the year we opened our 3rd display centre – Shrewsbury, based at Dobbies Garden World, Bayston Hill. Which, at the time, was well known as Bayley's Garden Centre.

Unusually for GBC, we took the site over from an existing garden buildings business so it took a while to remove and replace the existing stock with our up-to-date collection of timber summerhouses, greenhouses, garages, playhouses and sheds. 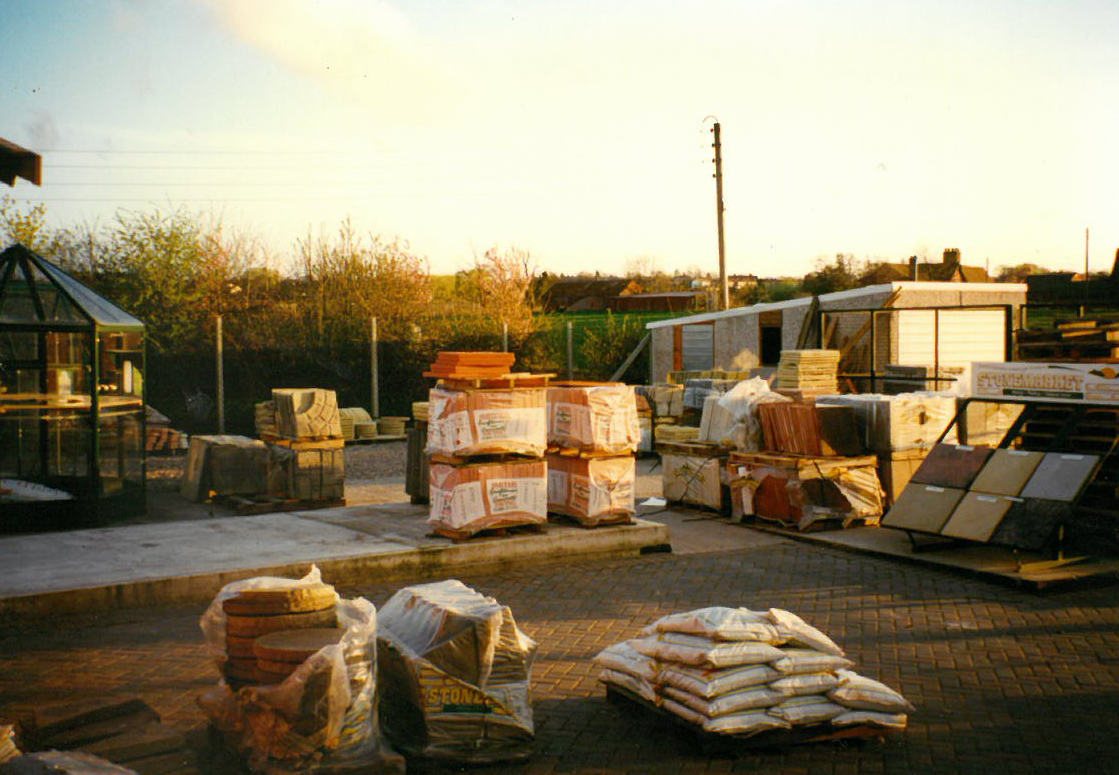 In fact, at that time, the work didn’t just involve slab bases and installing greenhouses! This was back in the day when Conservatory sales was a large slice of our business, so bricklaying was also a big part of setting up one of our display centres. 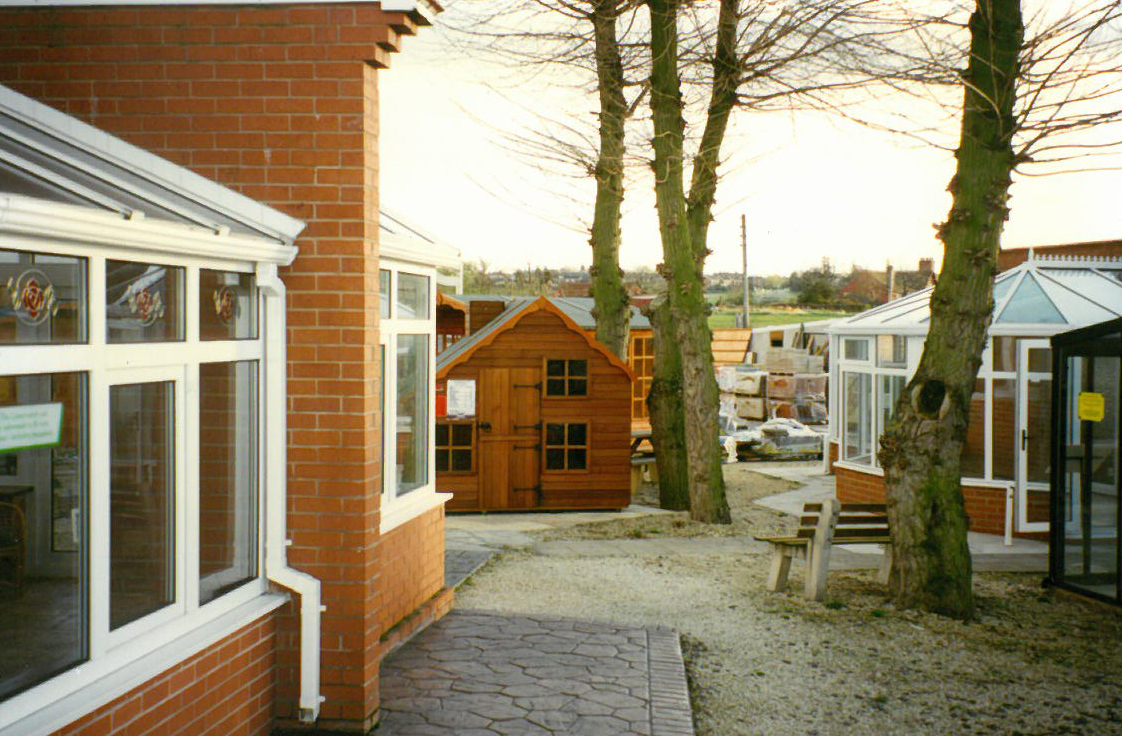 As you can see in the above photo, Conservatories dominated a large part of our display centres back then, but it’s also nice to see a popular building in this photo that we still sell to the current day – the Malvern Playhouse.

The rest of the site was starting to take shape, with the arrivals of sheds and our large range of summerhouses. 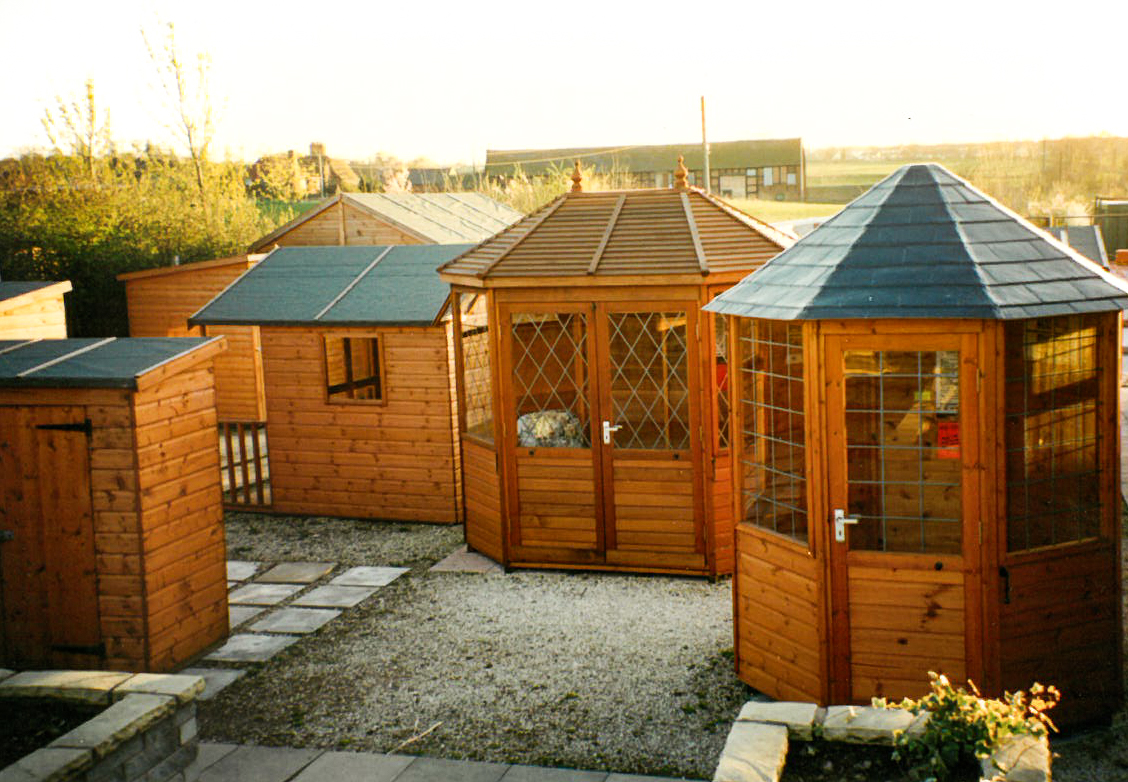 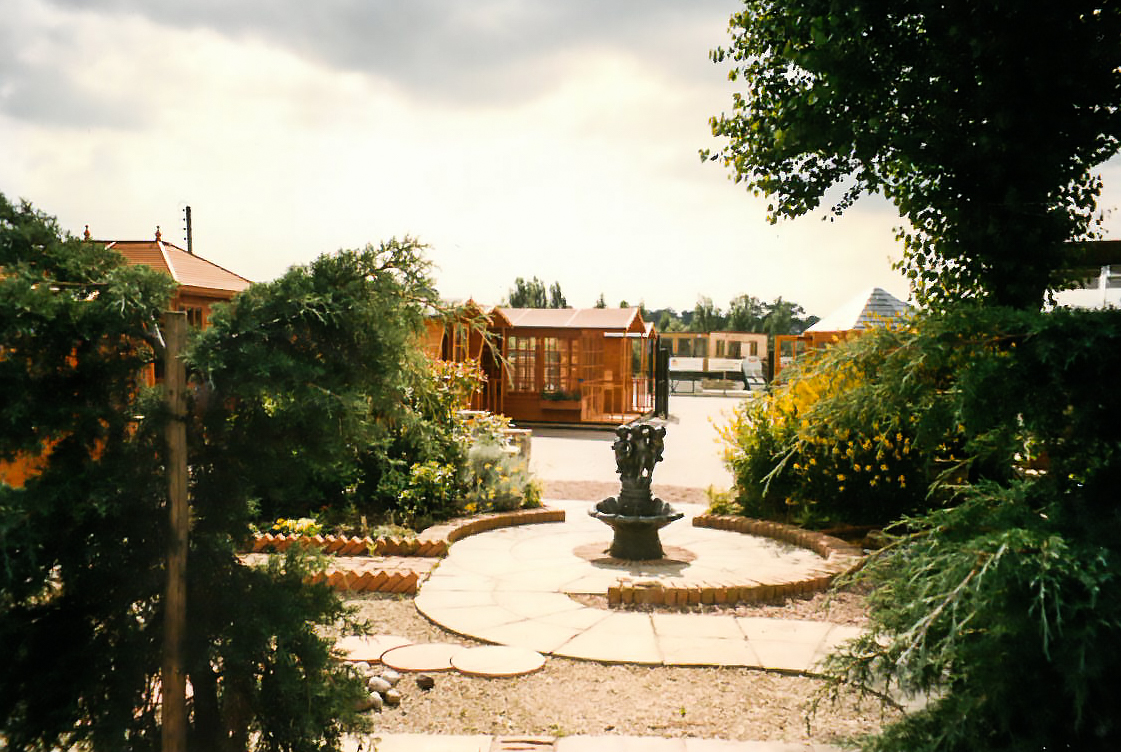 With all the buildings in place, we were ready to sell!!

What does every good display centre need for business?
That’s right – a sales office! Don’t forget this is 1997, so a sales office wouldn’t be complete without half and half wallpaper, a dado rail and moustache wearing salesman (exhibit A below) 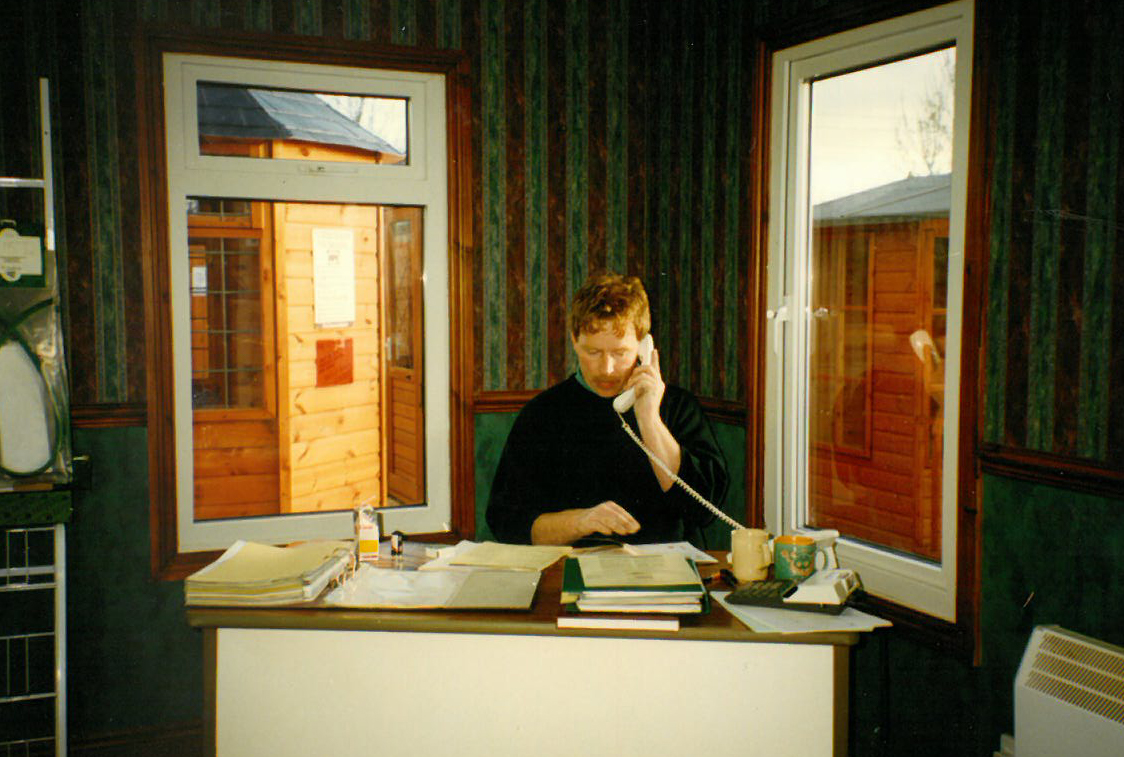 Since then we have installed over 10,000 buildings all around Shropshire, Staffordshire, Herefordshire, Cheshire, Mid and North Wales. 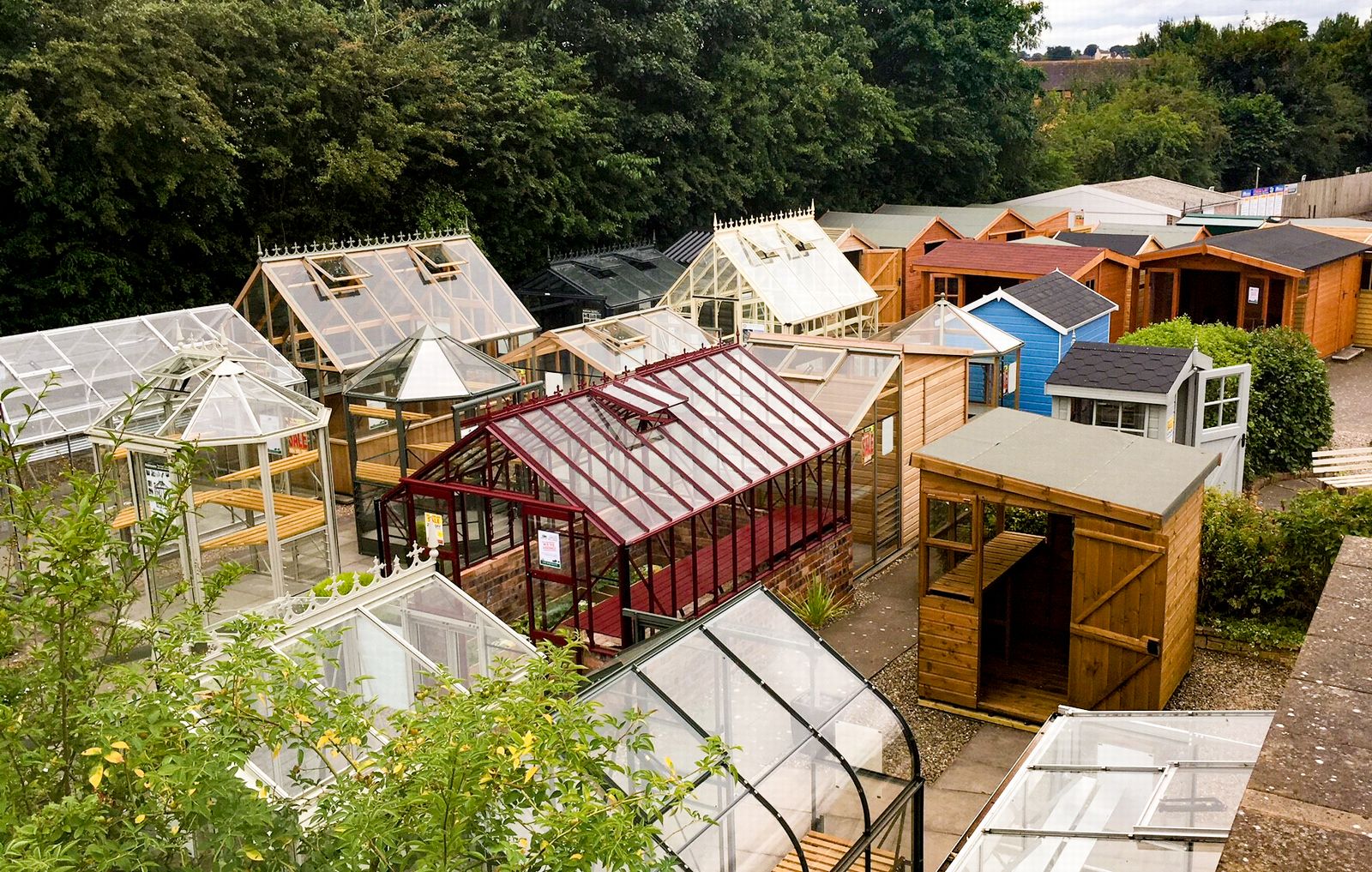 A big thanks to all of those loyal customers, many of whom come back for a second, third, and fourth building in the course of time as they move house, add a greenhouse to the garden, or a playhouse for their grandchildren…we wonder what the record number of buildings we have sold to one customer actually is?